Hanoi has many roads, lane street very often of late. On this street, has many kiosk in long time, the series food canteen, or even food area service food for the night. In Cam Chi lane, Tong Duy Tan street, kiosk are in close proximity to one another, long throughout the city, selling all day and night, always many people. Also, there are many other streets as Mai Hac De street, Ly Quoc Su street, Quan Thanh treet – Hang Bun street … the food is only open at night, moving out from the dark, selling to 2-3 am or dawn day after, back on summer activities for the day. 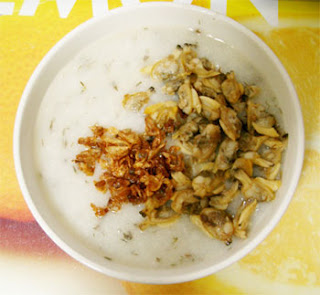 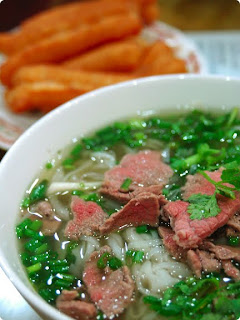 But in the new menu that is rich, it looks like porridge dishes are popular all over, almost in the street at night will have to sell. And all but porridge made of: ribs porridge, porridge brain, heart porridge, kidney porridge, chicken porridge, snake head fish porridge… Hanoi soup at night have interesting individual, seems quite different from those dishes familiar soup in Saigon. Top Tran Xuan Soan street have a unique selling mussel porridge and often crowded guests, since nightfall to night. If in Saigon porridge dishes are popular seafood dishes such as oyster porridge then there are strange mussel soup – porridge cooked with mussel meat . 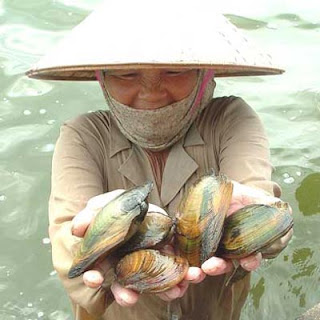 Local gastronomic about mussel porridge dishes, showing that: “As the water each region should have different species with a hard shell seafood, but arca, oyster in the south often with fresh meat out here mussel.” Saigon cooked oyster porridge, arca porridge the meat of them after separating from the shell, is put to cook with porridge, and fresh meat by arca, oyster mix into porridge bowls. Conversely mussel porridge in Hanoi is how different, meat left to its own use as a food to eat with porridge. Big mussel for many meat, is to simmer getting water cooking porridge, and their meat is minced, fry up with very fragrant spices are just enough tasting mouth. After soup draw bowl get fry mussel meat with the face, pepper, chilli powder and mix from all food included quẩy. 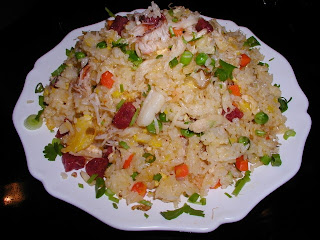 Corner Quan Thanh – Hang Bun street have many brain porridge, heart porridge, kidneys porridge, mullet fish porridge … When it is dark, kiosk are moving out, connected to a row along the sidewalk. Under the light of the fuzzy lights, the customers are sitting around with the spare chairs. He does so but I also agree. Heart porridge, kidneys porridge, and brain porridge, fish porridge … no strange, however, there is porridge in Hanoi cooking is often very special, not as wishy-washy or cooked popular foods in the porridge of Saigon. Porridge made of rice cooked with rice is the reef, patrimony, small grains almost broken, bring cooking into porridge, to the fire to boil at approximately dense, a nearly identical powder feed. Bowl of porridge still quite tasty, but seemed to lack the familiar plastic porridge cooked porridge of rice seeds well done. 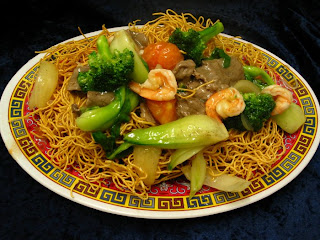 Porridge kiosk with semi long and many people still think that is very delicious porridge “Quát (shout)” at the Ly Quoc Su Street. Lady “Quat” now has silver hair, sitting still sold in the old familiar places, although there have been more of a porridge in Nha Tho street nearby. Of her granddaughter still carry. And, perhaps because the guest agree she should still present this shouting, made becoming a feature that people mouth the name when mentioning her porridge kiosk: porridge “Shout”. Indeed, the only bowl of porridge is the chicken in the lady “Shout” is very delicious. Porridge is cooked from raw rice seeds, dirt, cooked true to the country to order porridge porridge for plastic, and are not as special dense porridge powder form. Bowl of porridge flat aromatic smell of the flowers onion, perilla leaves smell, smell the spices, the more attractive by the one long piece chicken meat and fresh … What her porridge in Quan Thanh street tell porridge at night with most selling in the summer, on average, to fall, and sparse people eat in the winter. Hanoi now has begun cold and perfumed milk flowers . The night’s, the youth go out later on … the familiar rules, is to visit a hot bowl of porridge to warm.